"PASSITO"..."APPASSIMENTO": What is the correct use of these two terms?

If someone were to ask you to explain the difference between Passito and Apassimento, how would you answer?

The argument is somewhat complex, but we’ll try to explain as clearly and simply as possible. Meanwhile, we’ll simply explain the difference between these two oenological terms, then we’ll go into further detail.

By  “Passito” or better still “Vino Passito”, is meant any wine produced from grapes that undergo a procedure of ‘appassimento’ or ‘dehydration’.

So, from an etymological point of view , Passito is a typology of wine whereas “appassimento” is the processing technique used to obtain the Passito wine.

How does one get the ‘appassimento’ of the grapes? Generally in two ways:

The “appassimento” of the grapes allows the wines obtained in this way to be wines of high alcoholic content (between 14° and 18°) and with an significant concentration of sugar.

So, are all appassatti wines sweet? No.

It is true that when we hear the word “Passito” or “Vin Santo” we think of a sweet wine. But in reality there are a number of Passito dry wines, for which the process of “appassimento” is used to reduce the amount of the water inside the grape and as a result to increase proportionately other substances present in the grape.

We must remember that obtaining a sweet wine doesn’t depend on the use of grapes with a high level of sugar, but it is necessary to interrupt the fermentation of the wine, that converts the sugar into carbon dioxide and alcohol.

Up to this point we have explained the significance of the two words and how we achieve the appassimento of the grapes.

So now, another question arises: Other than the etymology, on the label, are  the words “Passito” and “Appassimento” synonymous?

Generally Yes. Over time, the word “Appassimento” has been introduced by the controlling body as a substitute or alternative to the term Passito.

For example, one of our wines , l’IMPAVIDO, comes under the name (denomination) “Romagna DOC Sangiovese Appassimento”

The same body would allow us to use the denomination “Romagna DOC Sangiovese Passito”.

What sort of Vino Passito is the IMPAVIDO?

A wine aged in tonneaux and barrique for 1 year, with an alcoholic content of 17 percent, that has a sweet softness to the taste, in which hints of brandied plum and black cherry jam stand out. This is enhanced by a surprising balsamic note in closing that reinforces the aromatic persistence on the palate.

Of note is the contribution of tannin: well-defined and well-developed. Achieving the 2022 Wine of the Year Award  in the ‘Luca Maroni’ contest with 97 points. 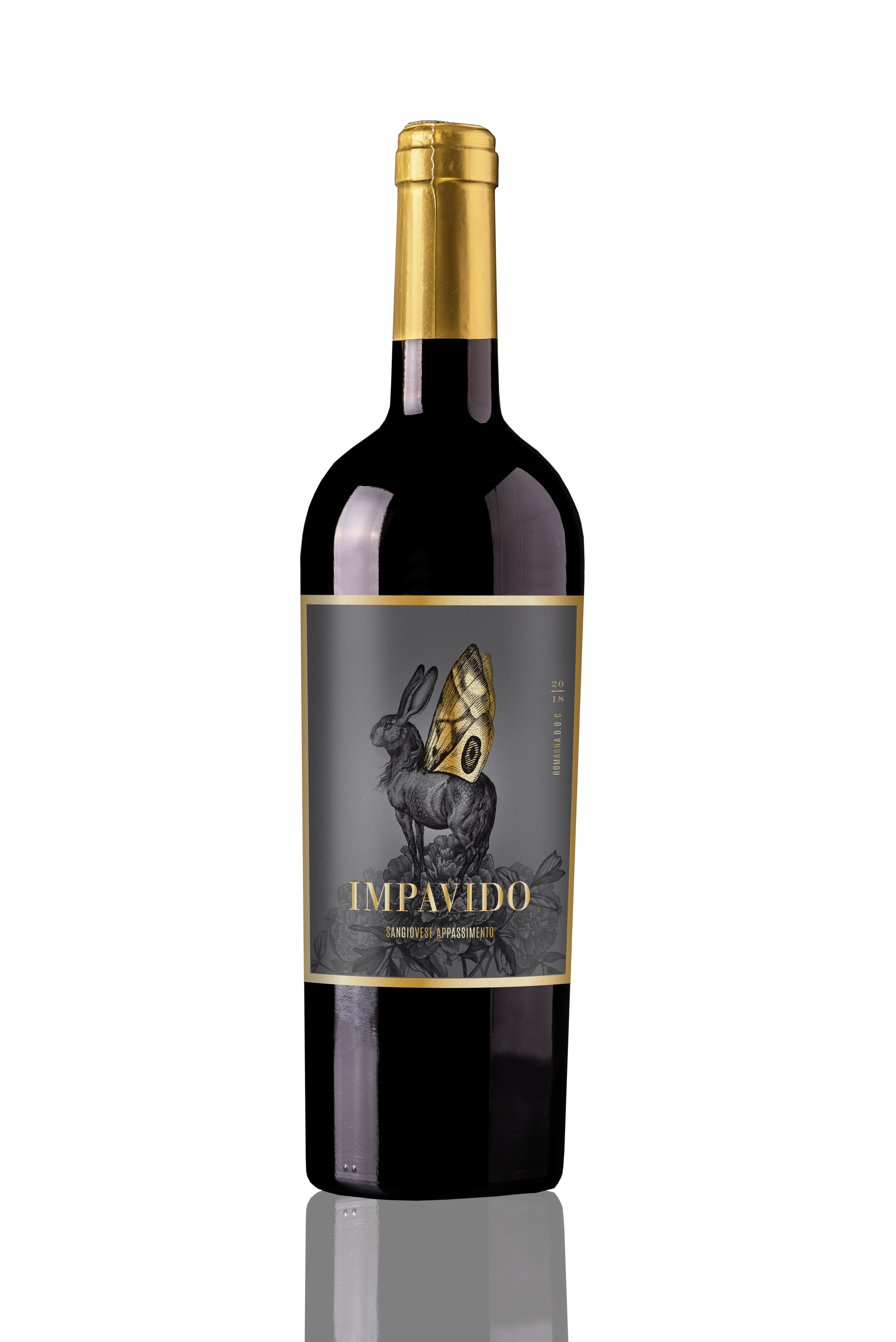 In the next article I will speak to you in more depth about the two types of our IMPAVIDO ROSSO, a 100%Sangiovese and IMPAVIDO BLANC a blend composed of 80% Albana and 20% Trebbiano.